What is a time series? What is the difference with sequences?

There are two main types of sequential data considered in data mining:  sequences and time series.

A time-series is an ordered list of numbers. For example, the figure below shows a time-series. This time series could represent for example, temperature readings on different days, collected with sensors. Time series are also used to represent many other types of data such as stock market data. 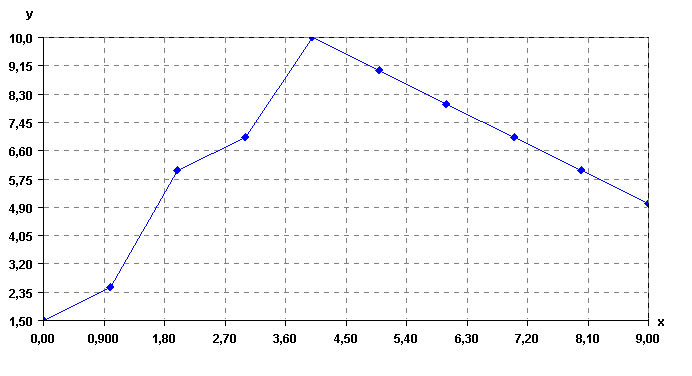 How to analyze time series?

There exists several ways of transforming time-series to sequences. One of the most popular techniques is the SAX algorithm (Lin et al., 2007). But many other techniques exist and variations. The SPMF open-source data mining library discussed in this blog post, offers a fast Java implementation of the SAX algorithm.  Let’s see how it works.

Transforming a time series to its PAA representation

Second, the SAX algorithm transforms the PAA representation of the time series to symbols. Each data point is replaced by a symbol. The number of symbols is selected by the user (here we assume that v = 4 symbols for this example). Now, the main question is how the symbols are chosen? The main idea in SAX is to assume that values follow a normal distribution and to choose the symbol to represent various intervals of values such that each interval is equally probable under the normal distribution (for more details, see the paper of Lin et al. 2007). Applying the SAX algorithm implementation of SPMF on the time series produces the following result.

SAX representation of the time series

This sequence is the symbolic representation of the time series. Then, after a time series has been converted to a sequence, it is possible to apply traditional pattern mining algorithms on the time series.

Removing noise in a time series using the moving average

Moving average of a time series

As it can be seen in this example, applying the moving average makes the time series to become more “smooth”.

This blog post has given an overview of the main operations for time series mining in SPMF. More details can be found in the documentation of SPMF in the SPMF website.

Note that it is also possible to apply clustering algorithms such as K-Means, also provided in SPMF, to automatically group similar time series (time series clustering).

Besides, a time series viewer is also integrated in SPMF for visualizing time series and performing basic operation such as zooming in, zooming out, and printing. 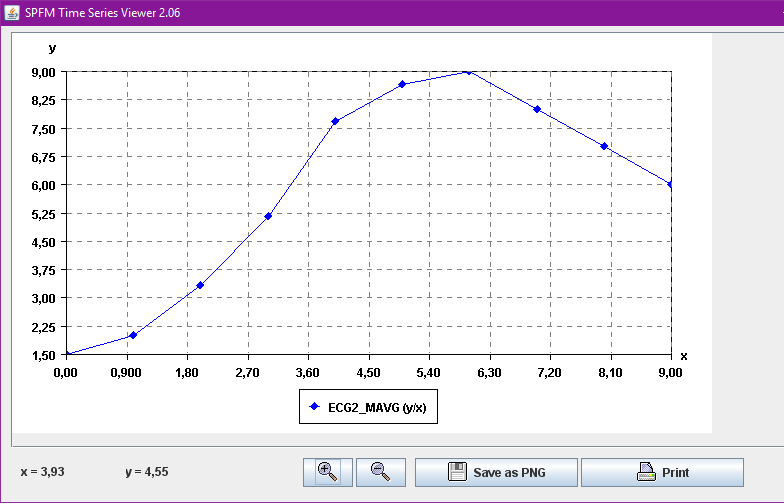 For those familiar with SPMF, all the time series operations are grouped inside a new category called “time series mining” in the user interface of SPMF: 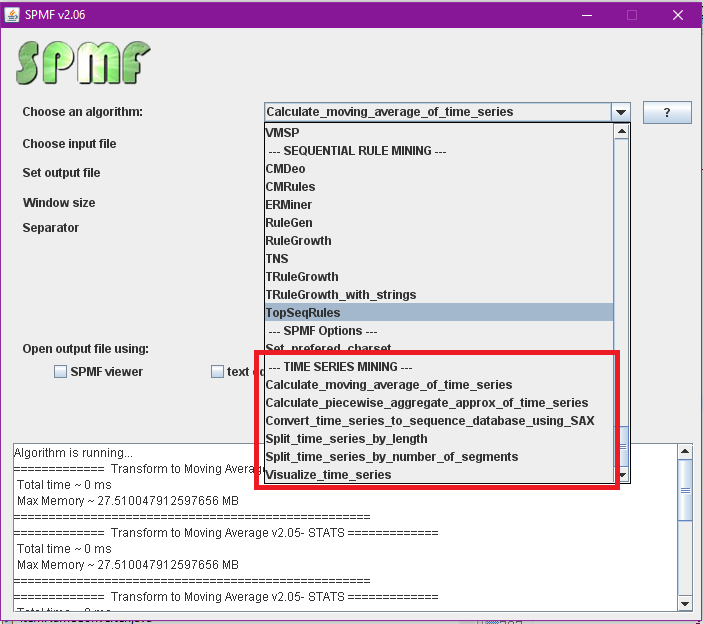